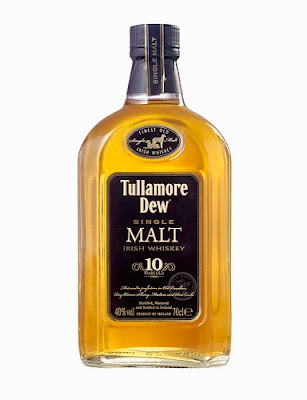 “Give every man his Dew.”

The Tullamore Distillery was founded 1829 by Michael Molloy, who produced a typical Irish pot still whiskey. Molloy passed away in the 1880s and the distillery passed to Bernard Daly who employed one Daniel E. Williams as distillery manager. Williams was instrumental in charting the success of the distillery and even today his initials can be found on every bottle of Tullamore “D.E.W.” William became a shareholder in the distillery as well as having several other business interests, including importing tea. He even had the town of Tullamore’s first telephone installed at the distillery!

After American prohibition and the g 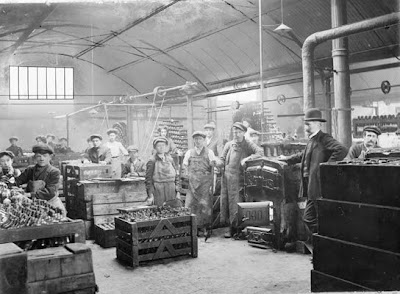 eneral decline of the Irish whiskey industry Tullamore was mothballed in 1954 and eventually shut its doors in the 1963 despite the huge success of its whiskey based liqueur Irish Mist.

The Tullamore 10 year old single malt should have happened a few years back, but after requesting “finished” whiskey from Cooley distillery for the product, they decide not to follow that path. However Cooley released the “finished” whiskeys as Tyrconnell 10 year old single malts in the following finishes Maderia, Sherry and Port. The success of these (the Maderia finish scooped Jim Murray’s Whisky Bible 2008 "Best Irish whiskey") led to Tullamore requesting finished whiskey again. They have since blended all these finished whiskeys with some bourbon barrel aged whiskey and have came up with a cracker. 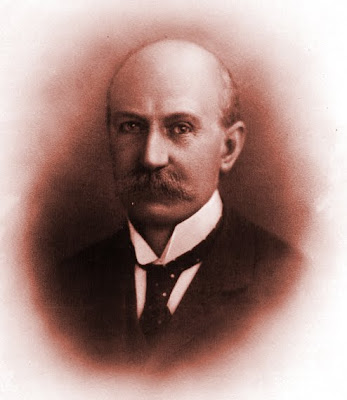 On the nose it is sweet and fruity with hints of charred oak. As it rolls over the palate, there is evidence of toasted marshmallows and rich toffee and a little dried fruit. Lasting sweet oak finish.
Posted by Michael

The first person in on Saturday night who can tell us what the “E” in Daniel E. Williams stands for can have a measure on us, for the rest of you, it will be €6.50.

Also on this weekend at L. Mulligan. Grocer., our fortnightly beer tasting, and our Irish coffee series continues.