For the next four weeks our resident whiskey pirate Gerald Jago will be tasting the experimental ‘Reference Series’ range and guest blogging about his findings. You can catch up with Part One and Two here. 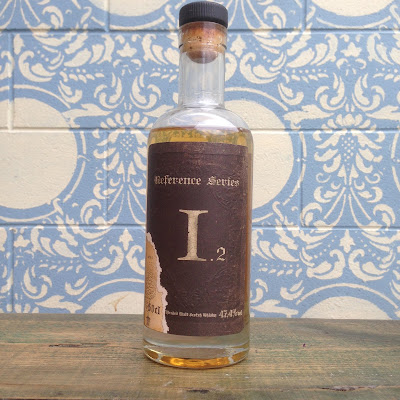 My favourite of the four whiskies. This week its I.2, the peated variation. I learned a lot from this one. An unexpected delight.
I.2 Peat Variation number two bring us to the peat bogs of Islay. The phenols of peat are working their way into our perked nostrils. All the flavours of the distillate present in the base come to life in this one. The addition of the 10% strongly-peated whisky brings sweet iodine to the nose. The palate gives you a beautiful grain-versus-peat battle that settles together and brings a new medicinal profile to the whisky. Light salt air brings you from the palate to the finish, leaving the peat to hang around. This works extremely well. Having the  original reference whisky to compare to perfectly demonstrates that peat does much more for a whisky than just adding ‘smokiness’.


Again one may be surprised by the effect the addition of peated whisky has on the base. The way the peat allows the base to stay very present in this ‘new’ whisky is its greatest trick.  The peat holds strong in the push for flavour representation but doesn’t hurt the base in the way the sherry did. Initially I was going to order the the 30ml samples from Master of Malt. Having tasting the fantastic whisky I am delighted we went for the 500ml bottle. ‘Yes another whisky tasting is needed with the staff’.