The Glendronach distillery has been around for over 170 years but has been relatively silent in the marketing of its single malts whiskies.

The distillery was founded by James Allardice in 1826 and he was a bit of a pioneer to the whisky industry- he was one of the first to use sherry barrels for maturation. 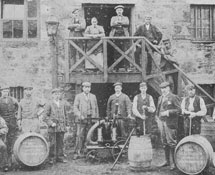 At the beginning things weren’t easy for Allardice. On a sales trip to Edinburgh where he had hoped to flog his wares he was left feeling like a broken man when noone took him up on his offer. However, following the rejection, he wandered the streets of Edinburgh he bumped into certain ‘ladies of the night” who, after tasting Allardice’s whisky, thought it was amazing. Their affection (for the whisky) kept Allardice happy and more importantly, probably in business.

As recently as the 1970’s Glendronach played a major part in blends such as Teacher's and Balantine's, thus was rarely seen as a single malt. Since the distillery's acquisition by the Ben Riach Distillery PLC in 2008, the single malt is now getting the exposure and credit it deserves. 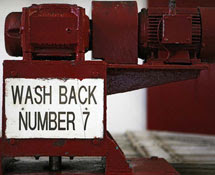 This is a very rich sherried dram with lots of stewed fruit (apricots and dates) flavour, it has a long and lingering Christmas pudding like finish.
€6.50 a dram
*Guid means good in Scots.
Posted by Michael on 5th February
Photo Credits Glendronach