Whiskey of the Week: the Return 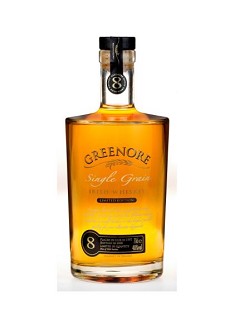 After a short break, I’m glad to welcome back our whiskey of the week (WoW). The short break was self-imposed after attending Whisky Live London, where over three days I had the chance to sample over 200+ whiskies. Trying to pick something out of that was an extremely hard challenge so I decided to give the taste buds a rest for a short time. This weeks WoW is Greenore 8 year old as chosen by those that attended our St Patrick’s Eve Dinner. Greenore is a Single Grain whiskey produced by Cooley Distillery.

What is a single grain whiskey?

There are several types of whiskey on the market the one most of us will know is single malt. However one of the most important whiskeys is single grain. Single grain whiskey is produced in a less glamorous way than single malt. It has a distillation technique similar to vodka: distilled in a column still, which is essentially a big ugly tube with condensing plates spread through it. Single grain whiskies are produced from grains such as corn rather than malted barley. What a column still does do is produce spirit quicker and cheaper than the more traditional pot still, however it generally has little flavour. The column still was partly created by Scot Robert Stein and patented by Irishman Aeneas Coffey who was an excise man in Ireland until 1824, at which point he became gamekeeper turned poacher! After being responsible for collecting tax on whiskey and stopping elicit distilling he became involved in the distillation industry. Coffey had little success in selling his still in Ireland, but the Scots thought it was a fantastic invention. John Haig (cousin of Robert Stien and a descendant of Margret Haig who married John Jameson) opened the Cameron Bridge distillery in Fife, Scotland and this was the first to produce grain whisky. His son was one of the whisky barons that pioneered blending. The ability to produce whisky cheaply and easily came in particularly handy during the construction of the Forth Rail Bridge (located very close to Cameron Bridge). Hundreds of Irish navvies worked on the construction of the bridge and the lighter style of the grain whisky was suited to their palate rather than the more traditional Scotch whiskies. As time went on, John Haig started blending the cheaper grain whisky with the more flavoursome malt whisky, which had huge success around the world, success that contributed in part to the decline of the Irish whiskey industry. 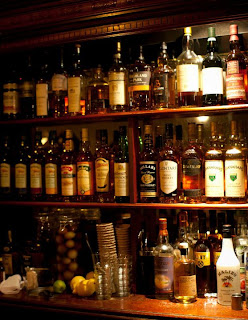 Grain whiskey has largely been unavailable in Ireland despite being produced at Midleton distillery (for blending in brands such as Jameson) for many years. When Cooley distillery opened in 1987 they produced a significant amount of grain whiskey, which has been released as Greenore in 6, 8, 10, 15, 18 and 19 year old versions. Despite grain whiskey lacking a little flavour, Cooley have managed to create a little gem by using high quality ex-bourbon barrels that have imparted rich flavours on the whiskey. On the nose the corn is very evident with a hint of fudge. On the palate the whiskey has generous amounts of toffee and lashings of vanilla. It has a light dry finish with a touch of cream.

This is a great introduction to whiskey and is only €5.50 a drop.