Were the 'Mary Celeste' a pub, it would be L. Mulligan. Grocer. circa. May 2010, more specifically the beer garden. The first time we walked through the pub we discovered a back yard littered with half consumed pints, abandoned bar stools, ash trays full of cigarettes which, in the right light, seemed to still smoulder and flicker against the odd wooden structure perched in the corner of the yard, as if they had been deserted mid-drag. (There was also inexplicably an icecream fridge full of rainwater.) 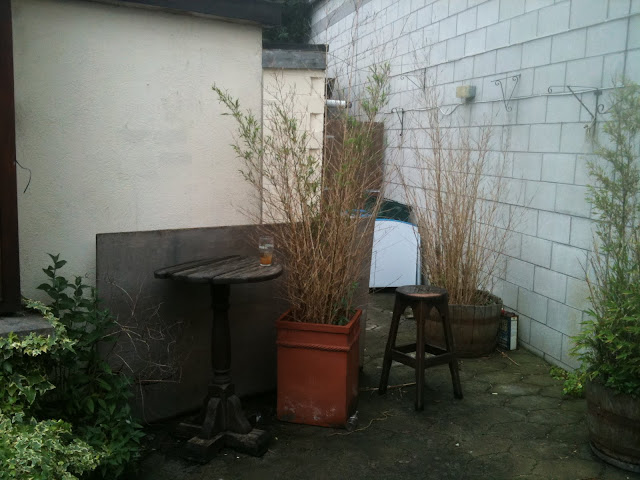 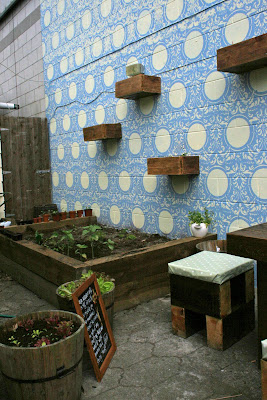 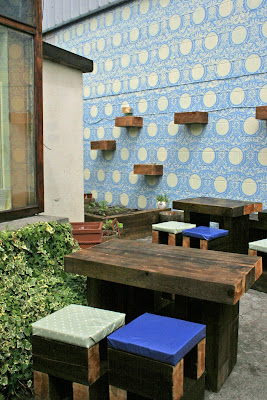 Fortunately, the lot was firmly tethered in Stoneybatter and not heading in the direction of the Bay of Gibraltar. 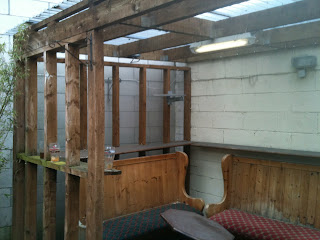 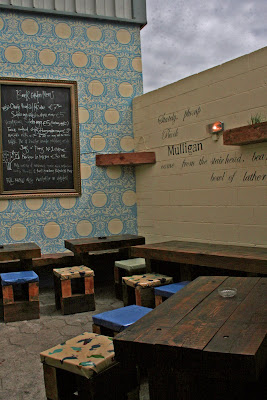 Eleven months, three coats of masonry paint, eighty herb seeds, sixty railway sleepers and one bought of sunstroke later, our beer garden is open, just in time for the 'heat wave' being predicted for June.

We are working on a beer garden snack menu, some beer garden specific events and a garden gate to protect the raised herb bed from pillaging...but in the meantime, stop by for a glass of Pimms No 1 Cup in the sunshine and please be nice to the herbs, they are hard at work growing!
Posted by Seáneen 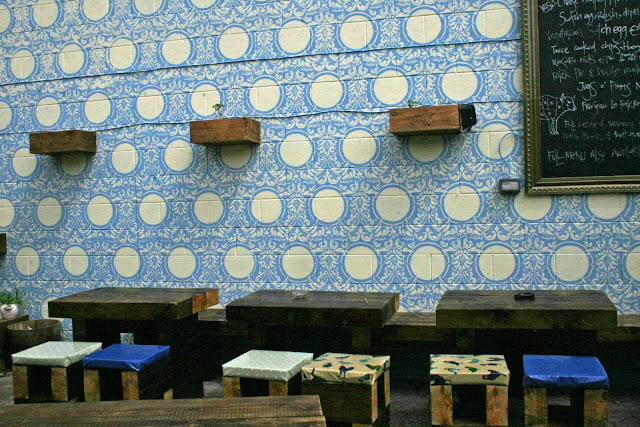