Beer tasting and other assorted tales 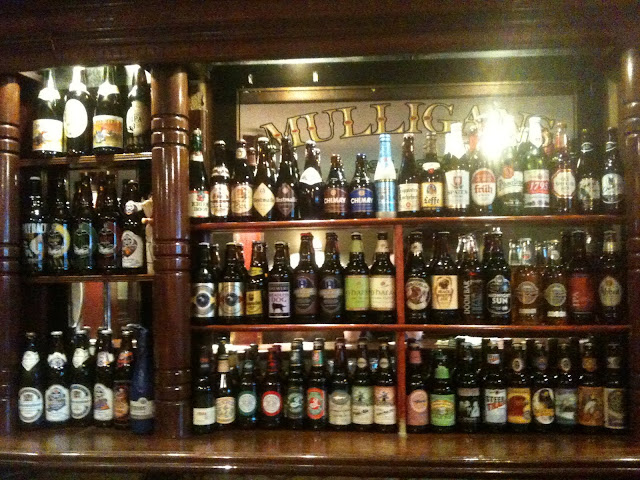 Perplexity is the beginning of knowledge.
Khalil Gibran

The thing I enjoy about doing beer tastings is the craic that I have. This sounds positively narcissistic I realise, and it is; but allow me to explain myself a little!

I have always enjoyed reading about beer, drinking beer and especially being engaged by other people’s knowledge of beer. I have found that it is through stories, anecdotes and “did you know?s” that my interest is constantly being piqued. We are not talking about PH levels or mash efficiencies here, more along the lines of the etymology of beer styles, or the theory that beer created civilisation as we know it! Fun facts and mad cap ideas as they may be, they are still laden with kernels of information that frequently fan the embers of a deeper curiosity. I know they have done for me, and it is with continuing joy that I watch as people in the tasting sessions put up their hand up to ask the beery question that they have always wanted to know the answer to. It could be what the difference between lager and ale is, why wheat beers are cloudy, or what is beer made from, all valid questions and make for interesting discussions.

Now, I would never be so pompous as to suggest that I have such a level of knowledge as to be able impart all wisdom to the initiated and uninitiated alike, or to withdraw to a mountain top to be sought out like a Buddhist beer master! Like everything else in life, the more I have learned, the clearer I can see the gaps in my knowledge, and so the thirst intensifies!


My next beer tasting will be on the Saturday the 12th of November where we will taste 8 beers, with a break in the middle for some food, all between 15:00 and 17:00, for €25. If the truth be told, it rarely ends at 17:00 as I talk too much, but we always get through the beer and food, no matter how long it takes. In the sessions I like to focus on locally produced beers, as I feel it is important to highlight the wonderful products that are coming out of our breweries, from Blonde Ales to Wheat beers, through Porters and beyond, so I think I will stick to this path for Saturday week. As we now have two cask engines, it would remiss of me to not allow everyone to at least try the cask conditioned beer that has been, until recently, the guarded bastion of British pub culture. Apart from that, I guess you will just have to wait and see.